There are specific macrocosmic and microcosmic spirals of energy (spirals of creation) that are not only vital in understanding how to access our own natural healing, organic eternal-life energy flows, but are necessary for restoration of our mutated DNA template and introns. These spirals of energy are either directly related to DNA Template/Merkaba Flow Regeneration or Degeneration.

There is a major difference between "Eternal Life Matrices", which are eternal life systems as it was originally intended to be versus “Finite life Black Hole Matrices"; galaxies (like our Milky Way Galaxy) with black holes at the core center that are finite and subject to ultimate space dust return to Source.

Finite life matrices are centered upon the Golden Mean and Fibonacci Spiral expansion mathematics. We must understand the different technologies utilized on our own planet as well as the universe, and realize the necessity of engaging Source Spiral technologies and techniques to begin self-healing the present distortions within our own multi-dimensional cosmic anatomy. 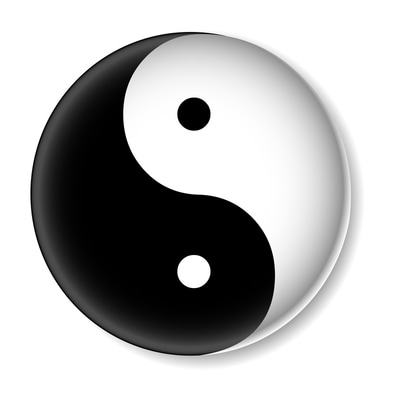 The distorted energetic flows and processes of the Yin-Yang, Golden Mean and Fibonacci Spiral differ significantly from the Source Spiral are collectively known as "The Death Sciences".

The Yin-Yang is the core energy flows associated with the tube torus and the perpetual recirculation of energy until its final phase of exhaustion into space dust. The Yin-Yang system was designed to highjack and vampire onto other living systems until their energy was completely syphoned through the vortex based sets (acting like reverse turbine technology) that actually extract life force energy, turn it into Metatronic energy and cycle it back through the black hole systems, like ours.

The Yin-Yang was built upon the Fibonacci Spiral, which is a vampiring spiral that at a certain point, taps into First Creation Process and feeds off it in order to grow. The Fibonacci sequence features a sequence of numerical expansion in which the “next expansion number” to come is reached by “adding together” or “devouring” the two numbers that come before it. If we think of each number as a quantum of energy, then the two previous numbers are “added together” and consumed in order to “become the next number,” leaving nothing in their place; the “numbers before” become “finite quanta” that must “disappear or die” in order for the next number to be “born.” Thus the “numbers” within the Fibonacci sequence ALL represent finite energy forms that will be consumed and cease to exist, in order for the next generation to emerge. 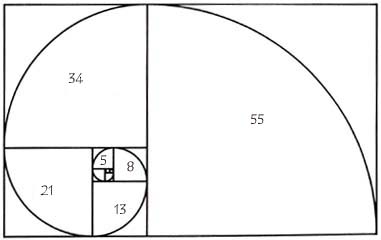 This is “recycling of finite energy” to create growth, not growth through a self-generated power source, and thus the mechanics of the Fibonacci sequence imply that it represents a growth-expansion formula for finite life, not organic, eternal-life.

​
In comparison to the Fibonacci sequence of finite life, the numerical expansion of the Eternal-Life Sequence occurs through multiplying the preceding numbers in specific increments that are based upon the structures of the 12-Sphere Eternal-Life Grid rotation to create the next expansion, leaving the numbers before intact. In quantum energy terms, the eternal quantum integrity of all previous numbers remains constant, as the quanta of the numbers before are multiplied through self-generated power to create the next unique number.

Thus the "numbers" within the Source Spiral Sequence ALL represent eternal energy forms that will remain to infinity within their own individuation, always in relationship to the center-point from which they emerged, and always within the context of what they have “grown to become,” while the next generation emerges as a unique quantum expansion born of relative multiplication of the quanta before. This is creating new growth through perpetually self-regenerating power, not growth through recycling of finite energy, and thus the mechanics of the Source Spiral Sequence imply that it represents a growth-expansion formula for organic eternal-life, not inorganic finite life. 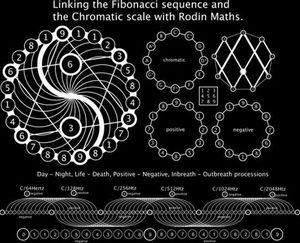 Linking the Fibonacci sequence and the Chromatic scale with Rodin mathematics

Although the growth-expansion pattern of the Fibonacci sequence can be found throughout nature, within energy structures and biological forms, all share the same characteristic; they are ALL finite and eventually die. The golden ratio is connected to the Fibonacci sequence and can also be observed throughout nature, in pinecones, flowers, shells, tree branches, even the proportions of the human face and body.
​
Any technology, body of knowledge, geometry, number sequence, mathematics based upon the Fibonacci sequence, Phi ratio, Golden Mean, Flower of Life, and religious mystic teachings  (e.g. Kabbalah, Baha’i faith, etc.) falls under “false sacred science” teachings, which are perversions of the organic, eternal-life multidimensional technologies once available in our ancient advanced Earth cultures millions of years ago.

In ancient advanced cultures, these “False Sacred Science” teachings became known as the “Death Sciences,” because reduction of eternal-life potential to finite-life de-evolution was the eventual result of their applications — regardless of what temporary benefits of finite power such technologies supplied. This is true when applying any of today’s technologies based upon these “Death Sciences”.

​The Lotus of Perpetual Life vs. The Metatronic Tree & Flower of Artificial Life
​

* The interplay between the probability dominions of the Spirit Body and Light Body are what generate the core quantum and creates the continuation of the Source Spiral.